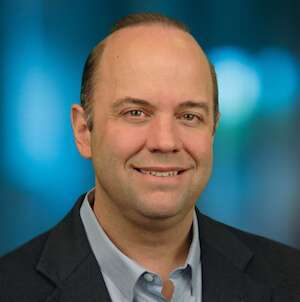 Car of the Year: Hyundai Elantra

It’s the start of a new year, which means there are dozens of all-new or completely redesigned cars that have recently gone on sale. But what are the best new cars for 2021? All-new models this year include a 700-horsepower high-performance truck, an all-electric SUV with an iconic American name, and a luxury sedan from a new luxury brand.

These three vehicles are part of approximately 340 models offered for sale in the U.S. for the 2021 model year. And while most of these vehicles are “carry over” models — meaning minimal changes from the previous year — there are approximately 43 all-new or completely redesigned 2021 model year vehicles eligible to win the title of North American Car, Truck and Utility of the Year (also known as NACTOY).

Those 43 all-new/redesigned vehicles have been paired down, through a series of votes, to the nine vehicles listed below. These are the NACTOY finalists for 2021, with the winner for each category getting the title of best car within its segment.

Voting for the best car in each category is done by a jury of 50 automotive journalists representing dozens of websites, magazines, newspapers, radio shows and video programs. Because of the diverse nature of NACTOY’s jury, and because NACTOY is self-funded by its jury members, this award is considered the most unbiased and authoritative of the numerous “…of the year” vehicle awards out there (and yes, there are too many of them…). Of course my opinion of NACTOY might be biased, given I’m a member of its jury, but I do genuinely believe this jury represents the best collective automotive wisdom in North America.

Here’s a look at all nine NACTOY finalists, along with my personal prediction of which vehicle will be crowned the best model in each category. I’ll update this article after the winners are announced, and we’ll see if I got any of them right.

If you want to know the winners as soon as they’re announced, this event will be live-streamed on the NACTOY website at 11 am ET this Monday, January 11th.

CAR OF THE YEAR

Genesis G80: This new luxury sedan from the new Genesis luxury brand is one exceptionally well-executed vehicle. The styling, quality, performance and refinement measure up to more established luxury brands from Europe and Japan, while the G80’s standard and optional technology and safety features are among the most advanced you can buy — at any price. Luxury cars are usually at a disadvantage to win NACTOY, but this one might.

Hyundai Elantra: Many vehicle segments are flourishing these days…the compact car category isn’t one of them. Despite this reality, Hyundai invested serious resources to create an all-new Elantra with dramatic styling, a roomy interior and advanced technology. The company even threw in a new hybrid and two aggressive performance versions (the ”N Line” and “N” models) to widen the Elantra’s appeal. If this Elantra doesn’t win North American Car of the Year, it won’t be for a lack of trying.

Nissan Sentra: Did I say the compact car category is dying? Well, maybe that’s overstating things, but it’s certainly not going gangbusters like the compact SUV category. And yet, two of the three candidates for Car of the Year are all-new compact cars. And like the Elantra, the Nissan Sentra packs a lot of style, luxury and technology into a low starting price ($20,335 — even lower than the Elantra’s base price). There’s no hybrid or hi-performance Sentra, but the value argument is strong.

Which Car Wins? This is the toughest of the three categories for me to call. I can make a strong argument for every one of these models as 2021 North American Car of the Year. But I’m going with Hyundai Elantra for its combination of low price and wide spectrum of appeal from offering so many versions.

TRUCK OF THE YEAR

Ford F-150: Glance at the new F-150 and you’ll dismiss its redesign as little more than (slight) styling tweaks. The truck may not look all new, yet dig into the features and technology list and its clear this is the most innovative full-size truck you can buy. The new hybrid drivetrain, and associated worksite power it provides, grabs the headlines. But everything from connected technology to standard safety features to best-in-class towing and payload confirms the new F-150 can do it all. And do it well.

Jeep Gladiator Mojave: The Jeep Gladiator won North American Truck of the Year last year, so how can it be eligible again this year? Well, the “Mojave” version offers substantial enhancements on top of the existing Gladiator platform, giving it high-speed desert run capabilities. And, well, there aren’t many all-new trucks in any given year, so it was easy to let this one make the finalist cut. Will it win North American Truck of the Year a second year in a row? No.

Ram TRX: Here’s a conundrum: what happens when the best-selling truck for the last four decades (Ford F-150) and the first, and only, full-size truck to offer a 702 horsepower V8 both debut in the same year? Well, they both make the finalist cut (obviously), but how does one weigh the F-150’s widespread innovation against the TRX’s unprecedented, highly-focused, high-performance nature? That is the question. And we’ll get the answer on January 11th.

Which Truck Wins? The idea of putting a Hellcat V8 in a truck, along with a strengthened chassis and super-advanced suspension, is very appealing to me personally. That said, the F-150 is perpetually the best-selling vehicle on the planet, and now it’s got the longest list of innovations in the truck segment. Winner: F-150

UTILITY OF THE YEAR

Ford Mustang Mach-E: An electric SUV with a Mustang badge? Most people wouldn’t have predicted this a few years ago, but here it is, and it’s pretty cool. The Mach-E brings together sleek styling, advanced technology (you can unlock and drive the Mach-E with just your phone) and compelling performance, along with strong value. It’s not easy getting mainstream consumers to consider an EV, but Ford is doing everything it can to make an electric vehicle appeal to the masses. It just might work.

Genesis GV80: Can I copy-and-paste everything I said about the G80, then just replace the word “sedan” with “SUV”? It sounds like a simple approach, but that’s essentially what Genesis did. And given both vehicles are NACTOY finalists, I’d suggest the approach worked. The GV80’s styling causes double takes, even in car-jaded LA, while its ride quality, driving dynamics and feature content are superb. All of this at a price that makes the GV80 an excellent buy in a highly-competitive market segment.

Which SUV Wins? Like the car category, I can make an argument for each of these SUVs to win. That said, I’m going with the Mustang Mach-E. It’s got the stylish appeal of the GV80 and Defender, while beating them both in terms of drivetrain tech and advanced features. Plus it’s got the lowest MSRP of all three, despite being an EV.