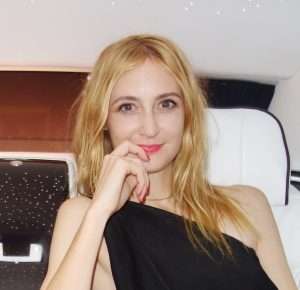 DETROIT – April 12, 2018 – The North American Car, Utility and Truck of the Year (NACTOY) awards today announced that it has added Hannah Elliott, a staff writer and car critic for Bloomberg Businessweek, to its group of 60 independent jurors.

Now in their 24th year, the awards are unique because they are awarded by dozens of respected automotive journals rather than being given by a single publication, website, radio or television station. The jury consists of accredited journalists from all over the country who are leaders in automotive news.

Elliott, who is filling a vacancy on the jury, was carefully selected after a number of potential automotive journalists were considered.

“At their best, cars represent our most fundamental values as humans: Freedom, creativity, and passion,” Elliott said. “I’m really excited to join my colleagues on such an important panel—may the best car win.”

At Bloomberg Businessweek, Elliott writes about the world’s top automotive and motorcycle brands. She strives to provide readers with a behind-the-scenes viewpoint to all automotive luxury, lifestyle and performance.

From pacing Ferraris around a racetrack, driving Janis Joplin’s old Porsche, or interviewing automotive executives at an annual motor show, she gives readers a unique look at the automotive and mobility world. Prior to Bloomberg, Elliott spent eight years as the lifestyle reporter for Forbes. An Oregon native, she graduated with a degree in Journalism from Baylor University.

“We are delighted to welcome Hannah Elliott to the jury that test drives and votes on all of the amazing vehicles that compete annually for the North American Car, Utility and Truck of the Year Awards,” said President Mark Phelan. “Her distinctive writing style and extensive knowledge of the industry along with Bloomberg’s sterling reputation and broad reach make her a great addition to our organization.”

The process of selecting the Car, Utility and Truck of the Year starts in June by identifying vehicles eligible for the awards (vehicle models that are new or “substantially changed”). NACTOY Jurors evaluate dozens of new vehicles during three rounds of voting.

The awards are intended to recognize the most outstanding new vehicles of the year. These vehicles are benchmarks in their segments based on factors including innovation, design, safety, handling, driver satisfaction and value for the dollar. The organization gives out three awards. They are: “North American Car of the Year” and “North American Utility of the Year,” and North American Truck of the Year.” The awards are unique because — instead of being given by a single publication, website, radio or television station — they are given by an independent jury of automotive journalists from the United States and Canada.