LOS ANGELES– November 28, 2018 – The nine finalists for 2019 North American Car, Utility and Truck of the Year (NACTOY) award were announced today at the LA Auto Show after they were selected from a field of 29 semi-finalists.

Votes from nearly 54 jurors for the car, utility and truck finalists were audited by Deloitte LLP, NACTOY’S accounting firm of record, and results were kept confidential until they were revealed on stage today at the LA Auto Show by NACTOY’s officers.

“This year brought us some impressive sedan options. Car sales remain an important part of the available choices to consumers even as sales in the segment continue to fall,” said NACTOY President Lauren Fix. “We are always looking for a game-changer, something that stands out in a crowd, and strikes a positive chord with buyers. The finalists will all be impressive options to consider.”

“The utility class is the most hotly contested of our categories,” said NACTOY Secretary-Treasurer Kirk Bell. “Contenders range from game-changing electrics to mainstream brands that have upped their game to luxury brands that are pushing the envelope. Our winner in this class will face the stiffest competition in the auto industry’s hottest market.”

No juror voting was necessary in the truck category because only three candidates are on the eligibility list for the 2019 North American Truck of The Year. But that lack of candidates doesn’t diminish the category’s importance.

“Full-size trucks are the financial engines that power the auto industry, and this year, we’re fortunate to have three great new ones to consider,” said NACTOY Vice President Chris Paukert. “From a new mild hybrid system to a carbon fiber bed and a Swiss Army knife-like tailgate, this year’s truck crop is packed with customer-friendly innovations.”

Jurors evaluated the finalists based on segment leadership, innovation, design, safety, handling, driver satisfaction and value for the dollar. The process started in June 2018 by determining vehicle eligibility and includes three rounds of voting. Jurors voted on the finalists after gathering in Ypsilanti, Michigan in October to test drive the semifinalist vehicles.

Winners of the NACTOY awards will be announced at the North American International Auto Show (NAIAS) in Detroit on January 14, 2019.

Now in their 25th year, the awards are unique because — instead of being given by a single publication, website, radio or television station — they are selected by a jury of automotive journalists from the United States and Canada.

For more about NACTOY and its history: http://northamericancaroftheyear.org/

NACTOY officers are available upon request for interviews. 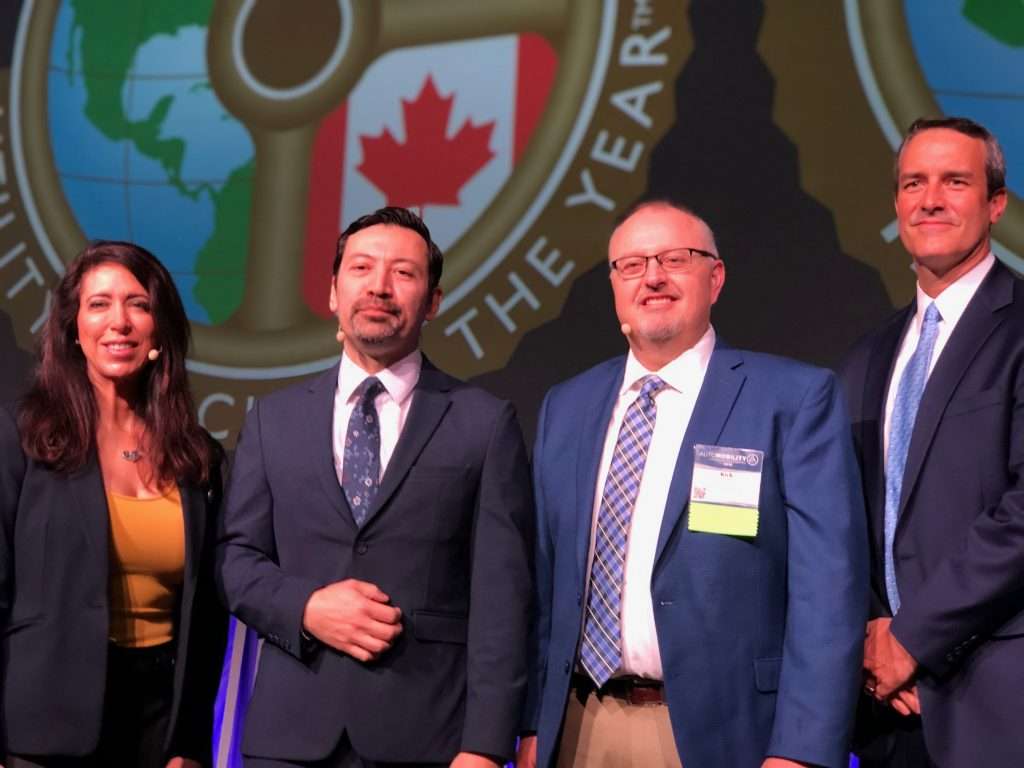 The awards are intended to recognize the most outstanding new vehicles of the year. These vehicles are benchmarks in their segments based on factors including innovation, design, safety, handling, driver satisfaction and value for the dollar. The organization gives out three awards. They are: “North American Car of the Year,” “North American Utility of the Year,” and “North American Truck of the Year.” The awards are unique because — instead of being given by a single publication, website, radio or television station — they are given by an independent jury of automotive journalists from the United States and Canada.