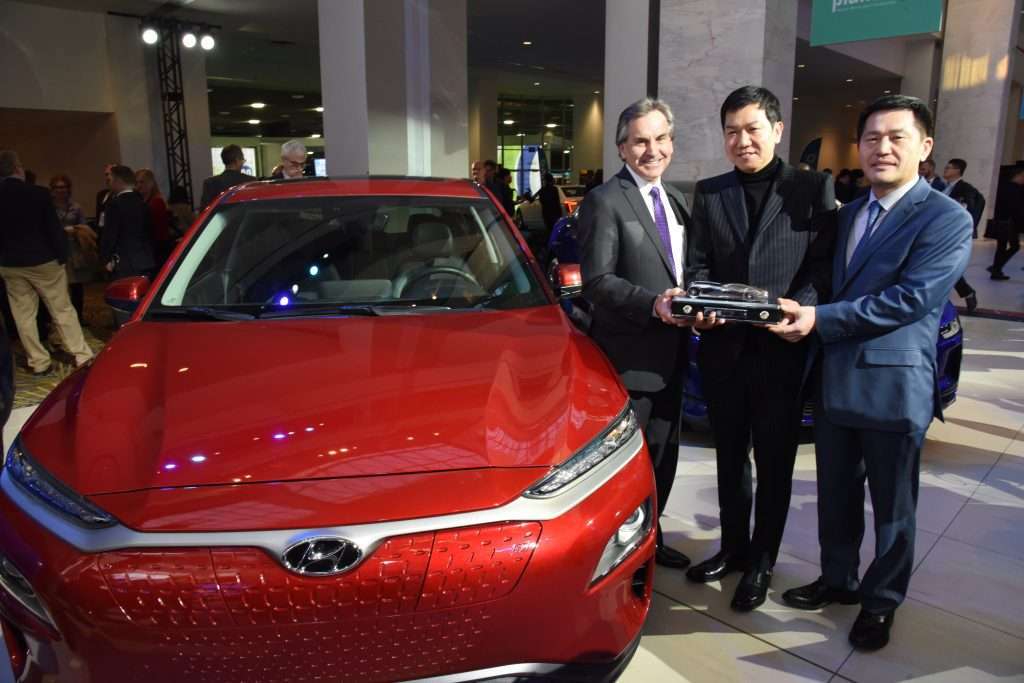 DETROIT – The Hyundai Group has scored a rare double victory and the Ram brand garnered the Truck of the Year prize, in the 26th annual edition of the North American Car, Truck and Utility of the Year awards program (NACTOY).

The winners were announced in Detroit’s Cobo Hall, at the start of the official press day for the 31st edition of the city’s North American International Auto Show (and the last one held in January). Once again, this year, they were chosen by an independent jury of 54 recognized auto journalists from across the continent, after hundreds of hours of comparative road tests and evaluations. Eight of these judges hail from Canada.

This was only the fifth double victory for the same manufacturer in NACTOY history. The Car of the Year award went to the Genesis G70 sport sedan, the latest offspring of the Korean carmaker’s luxury division, with 318 points, comfortably ahead of the Volvo S60/V60 sedan/wagon twins, with 120 points, and the hybrid-powered Honda Insight, with a tally of 102 points.

Meanwhile, the Ram 1500 full-size pickup was crowned Truck of Year with a crushing score of 540 points. It prevailed against rival siblings: the half-ton Chevrolet Silverado, with a total of 69 points and the GMC Sierra, with 64 points.

As in previous years, a first vote in late August reduced the original crop of potential contenders from 23 cars and 20 utility vehicles to line-ups of 14 and 13 semi-finalists, respectively. The only three full-size pickups entered in the Truck category went straight to the finals.

In mid-October, journalists came from across North America for a three-day comparative drive event based at the Marriott Eagle Crest hotel in Ypsilanti, Michigan. All jurors subsequently voted, in November, to pick the three finalists in the Cars and Utility Vehicles categories. The final secret ballots, again compiled by international accounting firm Deloitte & Touche, were submitted in the last days of December.

Winners of the three coveted awards were again presented with a copy of the official NACTOY trophy. The sleek sculpture evoking a classic open-top sports car was created by former General Motors chief of Design Ed Welburn. A large, stainless steel replica of the NACOTY trophy is on permanent display at Cobo Center in Detroit.