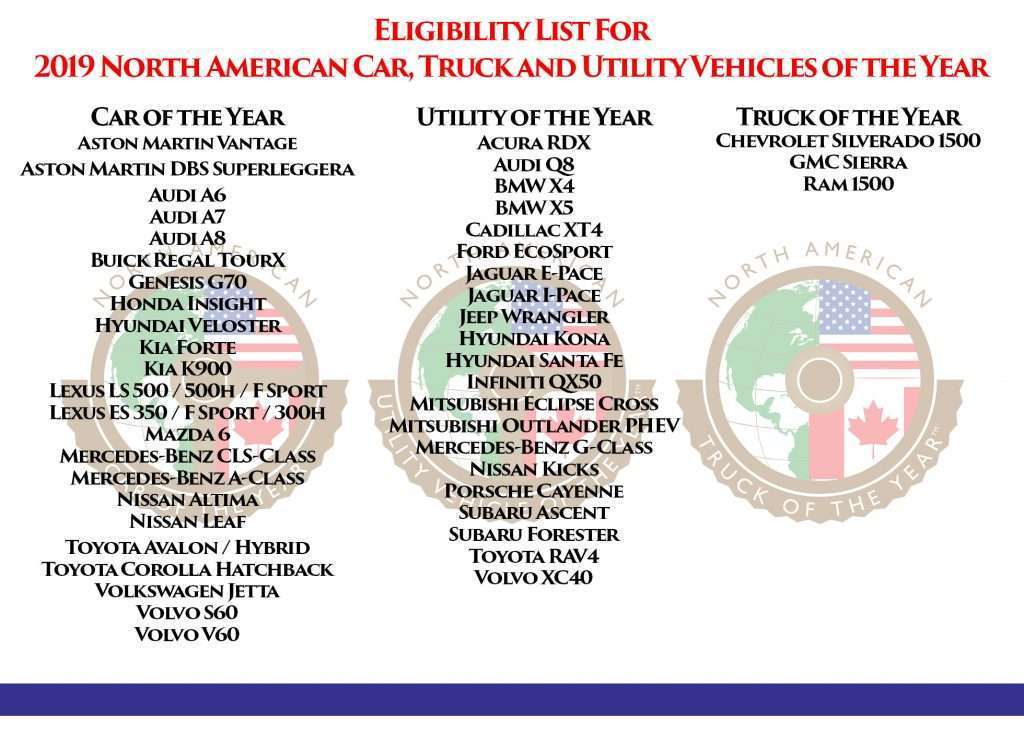 The North American Car, Utility and Truck of the Year awards is announcing the list of vehicles eligible for this year’s awards (2019) as well as the location for the annual comparison drive.

This year, a total of 23 cars, 21 SUVs and three trucks are eligible for the annual awards. As most of you know, vehicles must be all-new or substantially new and must be available at dealerships before the end of the year to be eligible for the awards. That list is attached.

Now in their 25th year, The North American Car, Utility and Truck of the Year awards have become even more prestigious in recent years with the introduction of an originally designed concept award and a new tradition of announcing finalists at the LA Auto Show while continuing to announce the winners at the North American International Auto Show in Detroit.

NACTOY is made up of an independent jury of approximately 60 Automotive Journalists from the Unites States and Canada.

Every fall, many of those jurors come together for a three-day Comparison Drive for a final opportunity to test and drive the eligible vehicles. This year, for the second year, the Comparison Drive will be based out of the Marriott Eagle Crest in Ypsilanti from Oct. 16-18.

The North American Car, Utility and Truck of the Year awards would not be possible without the support and cooperation of all of the automakers and our jurors who devote their time and energy into making them possible. We look forward to working with everyone over the remainder of the year as we announce finalists, semi-finalists and winners.

SUV/Utility Vehicle of the Year (21)